A number of pieces I’ve created carry pretty specific messages that I want to convey to the viewer; however, it’s highly unrealistic that someone would understand my intent in a piece of art just by looking at it. Therefore, I’ve decided that I’ll start a series of articles to fully explain the symbolism within a chosen piece. The first entry will be on my most recent, “Juanita”.

“Juanita” depicts the most famous (only?) photograph containing both Bill Clinton and Juanita Broaddrick, a nursing home administrator who accused Bill Clinton of raping her in 1978. Stories of the rape began circulating during Clinton’s 1992 presidential run, but Broaddrick denied the events at that time. It wasn’t until 1999, the day after Clinton was impeached by the House, that she came forward with her full account of the incident in an interview with NBC (I should mention here that NBC aired the piece after Clinton was acquitted, an important and thought-provoking point but a discussion for another day). Briefly, she asserted that Bill Clinton had nonconsensual sex with her at her hotel in Little Rock. During the encounter, she alleged that he bit her on the lip.

There were fairly compelling reasons to believe Juanita’s claim. For example, the person with whom Broaddrick was sharing her hotel room said she returned that evening to find Juanita shocked and with a bruised lip, and then-Attorney General Bill Clinton was reportedly in Little Rock and had no known commitments at the time. Broaddrick also told a number of people about the event in the decades following and claimed that Clinton apologized to her in 1991, an encounter that was witnessed by at least one person from afar. Other corroborating evidence exists but I don’t really want this to be an exhaustive inquiry, so I’ll just add that a number of prominent journalists have in recent times said that they find Broaddrick’s account credible (e.g., Michelle Goldberg, Richard Cohen, and Ronan Farrow).

However, her case was hardly iron clad, and many powerful institutions (e.g., the New York Times) and perfectly good people did not believe her or did not care at the time. According to one CNN poll in 1999, 54% of Americans thought her allegations were either probably or definitely not true, and 66% wanted the press to stop covering it. Furthermore, in more recent times, Broaddrick has aligned herself with Donald Trump and questioned the recollections of Christine Blasey Ford. So when assessing Broaddrick’s credibility, disbelievers can ascribe a political motivation retroactively to her as well. All of this is to say that Ms. Broadrick was and continues to be an “imperfect” victim.

Now understanding that backstory, I’d like to return to “Juanita”. This piece is based on the following photograph: 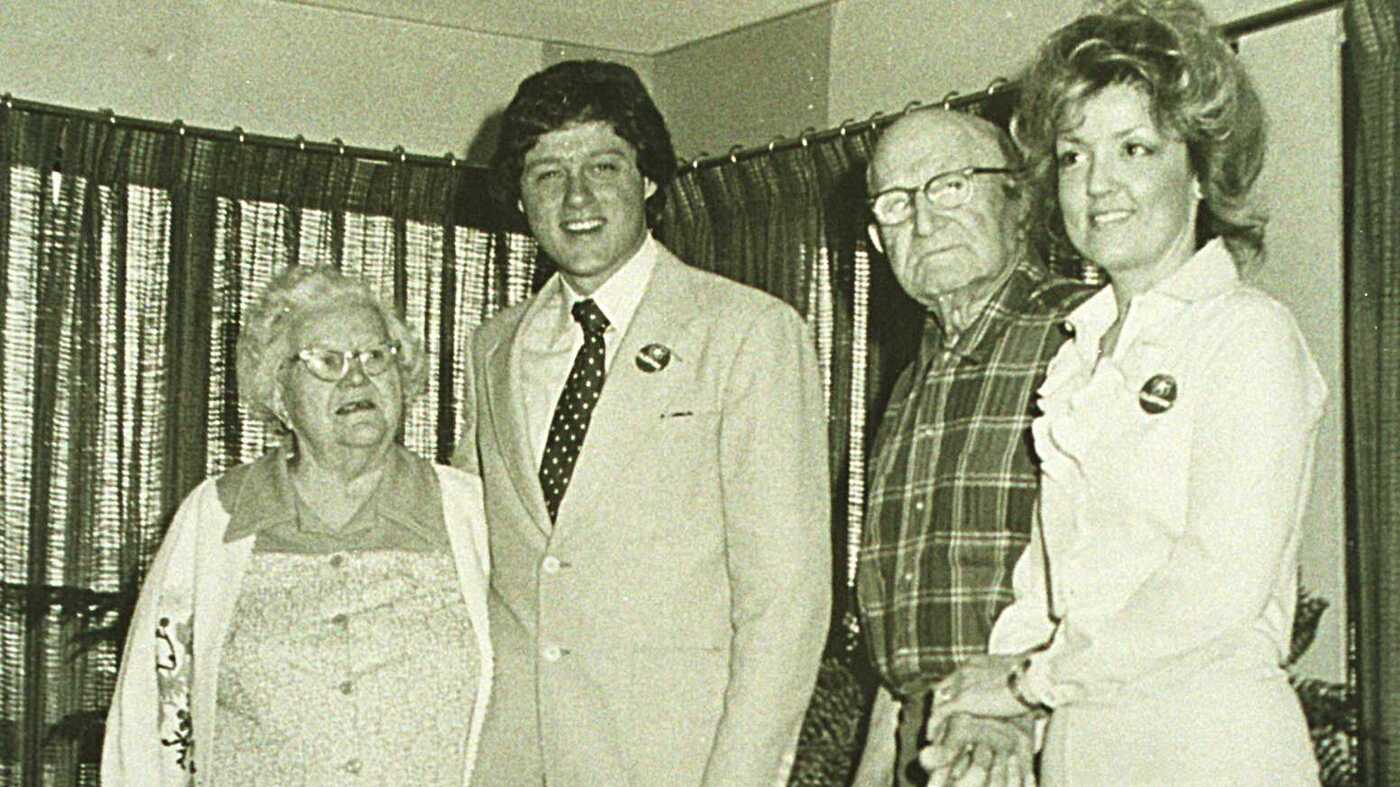 In it, I noticed two interesting and useful coincidences. First, Clinton and Broaddrick are the only two smiling. Secondly, it appears that the woman on the left is looking at Bill Clinton unhappily, suggesting that she knows something about him no one else does. I wanted to have both of these points conveyed in my piece. I also took some creative license and had the older man in the picture appear to be looking at Juanita disapprovingly to highlight the lenses through which people assess both the accuser and the accused.

On top of this image I added a mirror. Mirrors are a fairly common symbol in classical art. See, for example, “Vanity” by Memling. 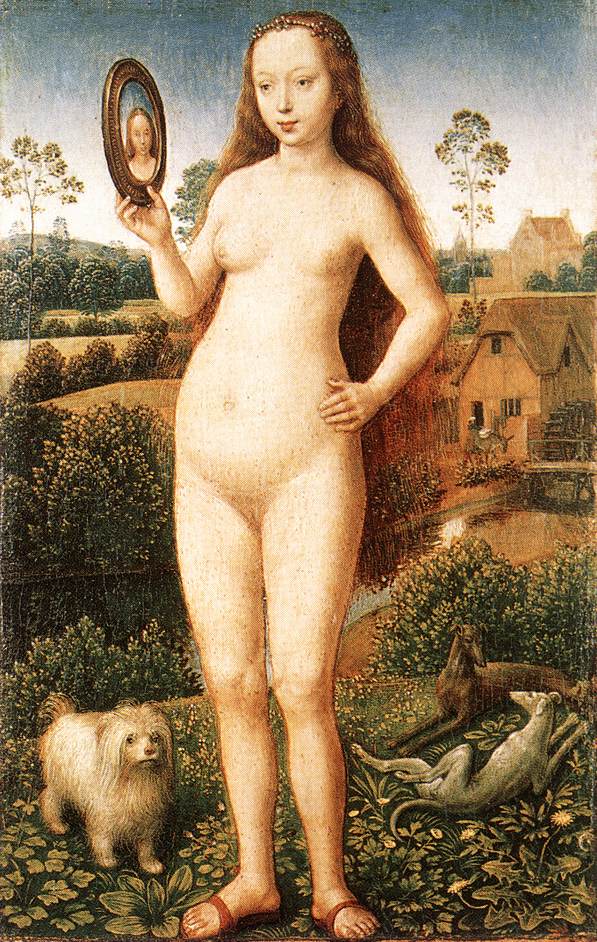 Mirrors such as these are meant by the artist to convey vanity. But, as John Berger writes, this vanity is hypocritical:

You painted a naked woman because you enjoyed looking at her, you put a mirror in her hand and you called the painting Vanity, thus morally condemning the woman whose nakedness you had depicted for your own pleasure.

This observation by John Berger serves as a fairly useful example of projection–the act of denying one’s own wrongdoing while simultaneously ascribing it to someone else, in this case, the victim herself. In my piece, I wanted Broaddrick to be holding the mirror, but instead of revealing herself, she is revealing Bill Clinton. In addition, I wanted the mirror to be oversized to mimic a picketing poster because in this case the projection is political in nature. Politicians often blame the victim for being politically motivated. But who’s more likely to have political motivations, a politician or an ordinary woman?

Lastly, I should say that all of this is situated within the current environment of #metoo, Trump’s well-documented history of misogyny and alleged assault, and Tara Reade.